As yesterday’s post indicated, I have been sewing for a while now.   I learned to operate a sewing machine around age eleven, and while I enjoyed fiddling around with it, I did a lot more hand sewing in those early years. I went through a long cross stitch phase, and much of my free time in high school was spent making little exes on fabric. If that confession makes you think I must have been a lot of fun in high school, you may be thinking wrong.

I never knew what to do with the finished products, so my mother was usually the recipient. Like all good mothers, she still has many of them stuck on her walls.  The last cross stitch I attempted was some floofy ice fairy or something, which I got well into before I realized that stitching a white ice fairy on white fabric was boring me to death!   And what was I going to do with it if I ever finished?   I needed to find something more useful to do.  So I went back to the sewing machine, and started making clothes for myself and eventually quilts.  The practical side of me was satisfied.  Am I boring you yet?

Fast forward about fifteen years.  Picture me married with three little boys, living in a tiny apartment in Memphis.  We moved there temporarily to be close to the hubby and his job, and we brought only the bare minimum with us.  We had no t.v., no computer, not even books .  I had no friends, no car most days, and no sewing machine.  And did I mention it was 180 degrees outside everyday?  I thought I would go crazy from housebound boredom.

Digging through the few boxes we brought, I found my fabric scraps.   I was pondering how I could make use of all the tiny bits of random calico with no sewing machine, when I thought of my grandmother and her tin box of hexagon flowers.  She had left the beginnings of that quilt to my mother, who had attempted at various times to finish it without success.    I also remembered a conversation my aunts once had about how many depression era women, those women who used every scrap of everything, had similar boxes in their attic.  No one ever finished one of those quilts, they laughed.  I took it as a personal challenge.

For the three months we lived in Memphis, I did little else but work on that quilt.  And over the next three years, I did it sporadically.  It is now in it’s final stage.  It may be in its final stage for another three years and my aunts might be proved right in the end. 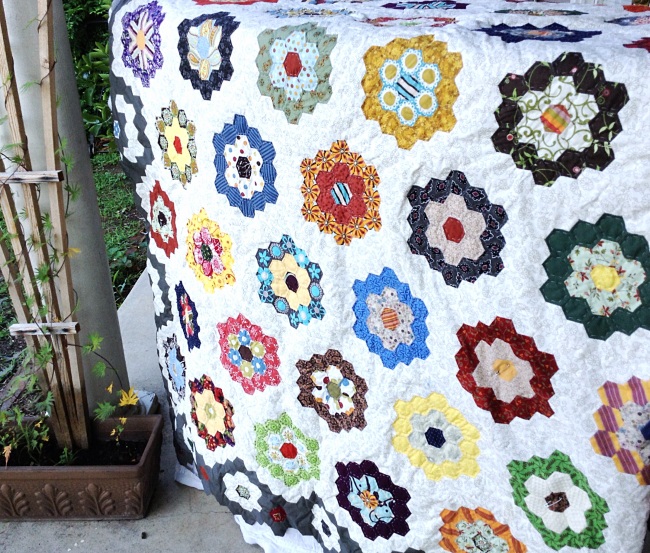 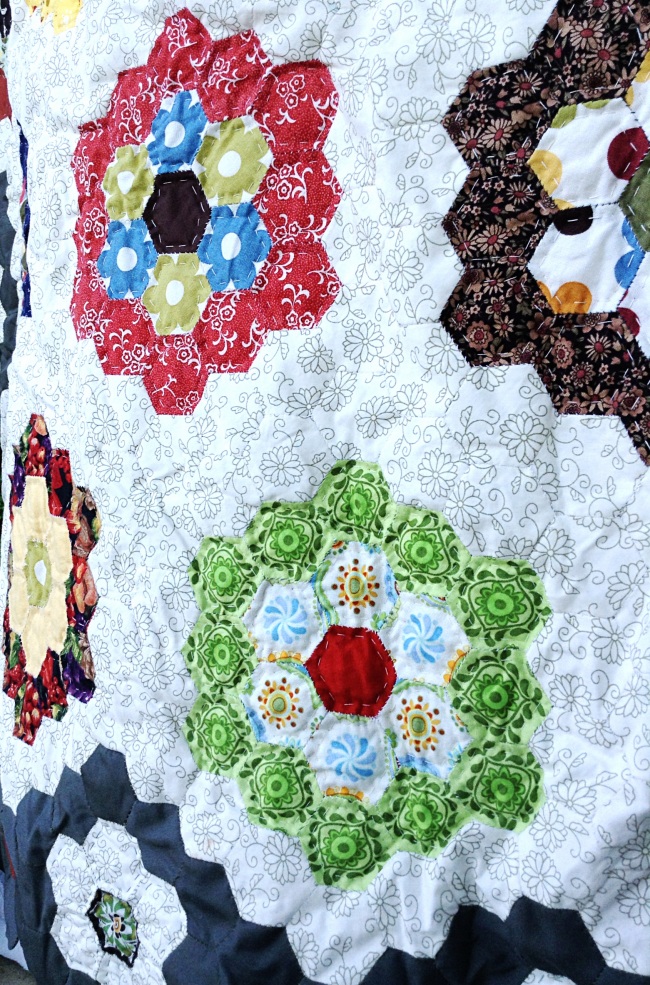 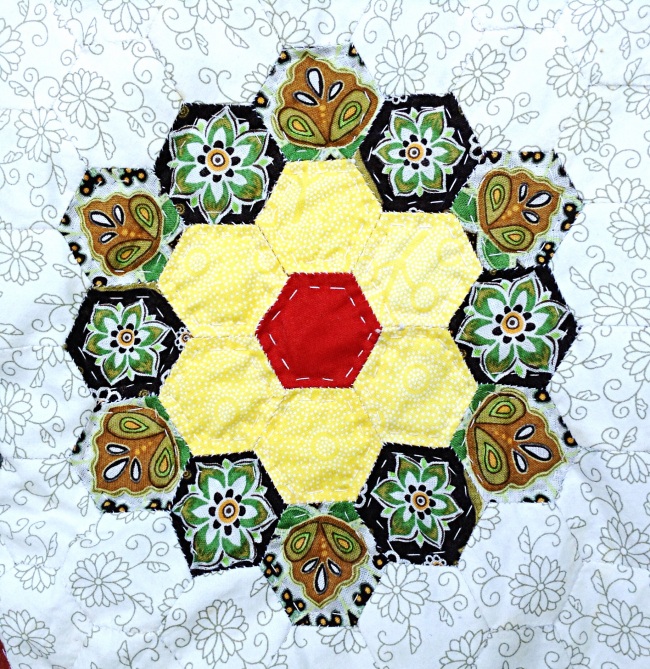 But what I have come to realize is that sewing by hand is the best deterrent I have found to counteract my tendencies to sloppiness, cutting corners, and generally rushing a job, just to say it is done.

I am not a detail oriented person, and zipping an item through a sewing machine usually means more time undoing mistakes because I am not paying attention. Or I just leave the mistakes because who has the time to fix them, and I have to get this sewing machine out of the way so I can get dinner on the table.  In short, sewing by hand allows me a quiet corner to sit, relax, and do better work. 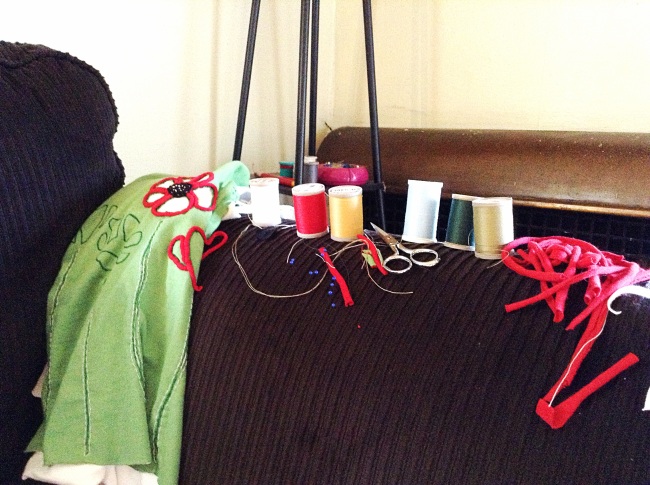 It also means my boys won’t crawl under the table, push the pedal on my machine and run my fingers over with the needle.  It’s the little things, right?