After my last somewhat somber blog post, I needed to focus on something cheerful, so I went a little overboard with these next few items. I started with the dress, inspired by a stencil I found in an old library book. I added the buttons later, because I thought the flowers needed a little something more to make them stand out. I made the pattern bigger than usual, but I think I miscalculated because it turned out way too short when I tried it on my two year old, but it was too big everywhere else. So I added the blue strip on the bottom- problem solved! 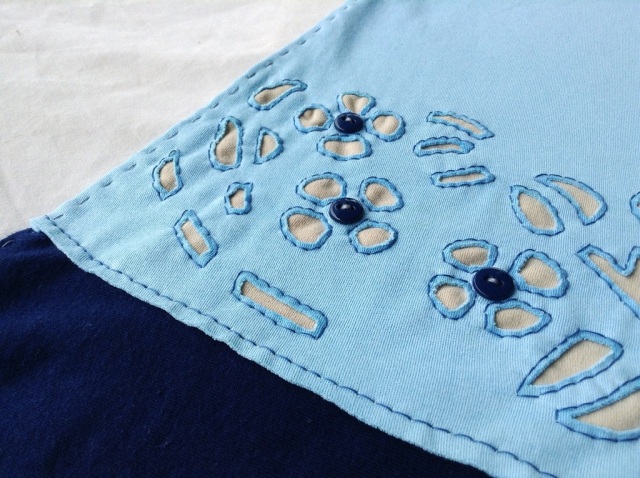 I like how it turned out, but I thought that it might be a little chilly for upcoming fall weather, you know, in case anyone actually wanted to buy it. So I was thinking about another little bolero jacket when I stumbled on this idea. 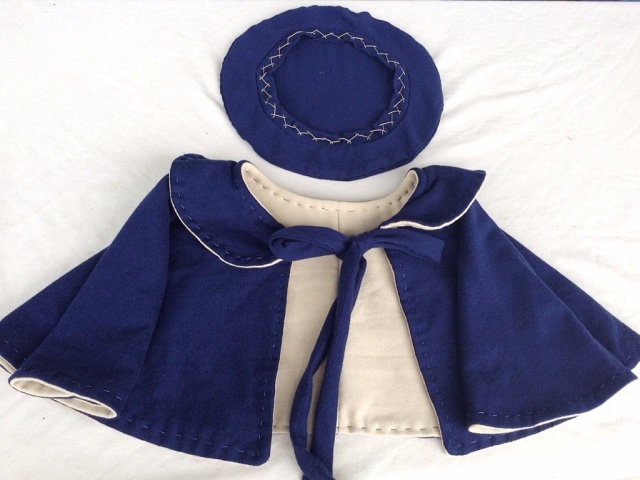 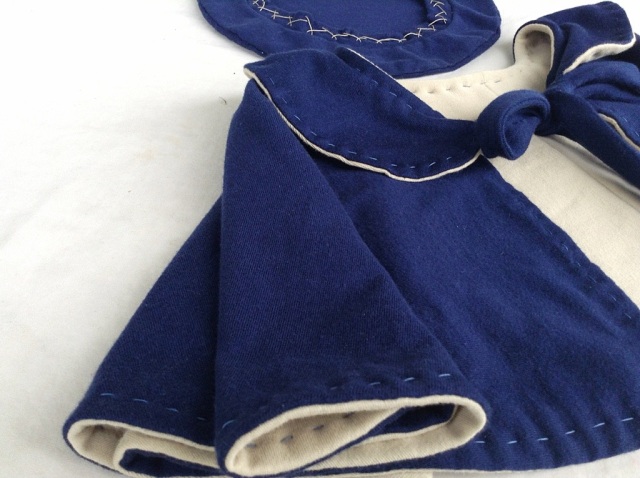 I love berets, and the cape- well, I just had to try it. They were both such easy patterns, I want to do more.

I couldn’t stop there. Such a cute outfit needed just one more thing. Yep, you guessed it. Or maybe you didn’t- a matching doll of course!

My boys were fascinated by the doll making. They watched every step of the process, helped me stuff the arms and legs, and waited with bated breath while I made the clothes. They were so excited, they made a throne for her out of legos. Then they asked if I could make a pirate doll.

I had to try this ensemble on an actual girl this time, and I didn’t have to look far for the perfect model. It’s handy having friends with adorable children. 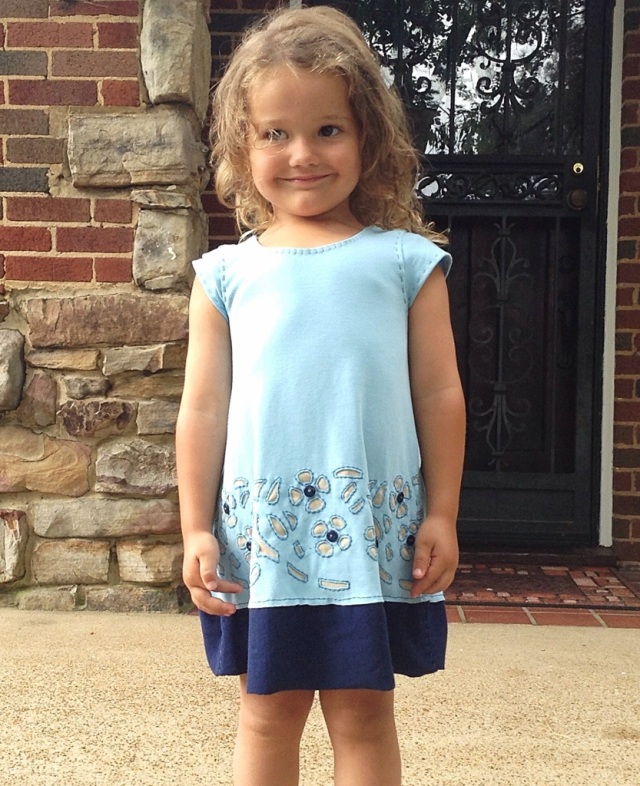 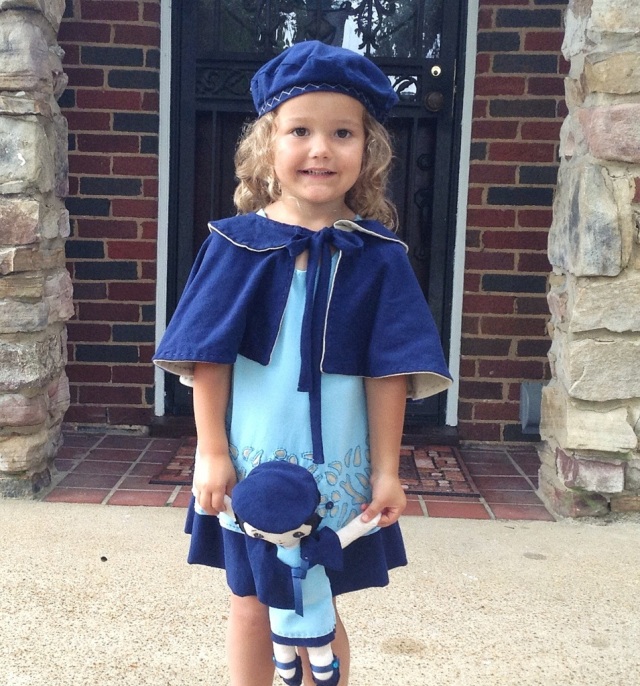 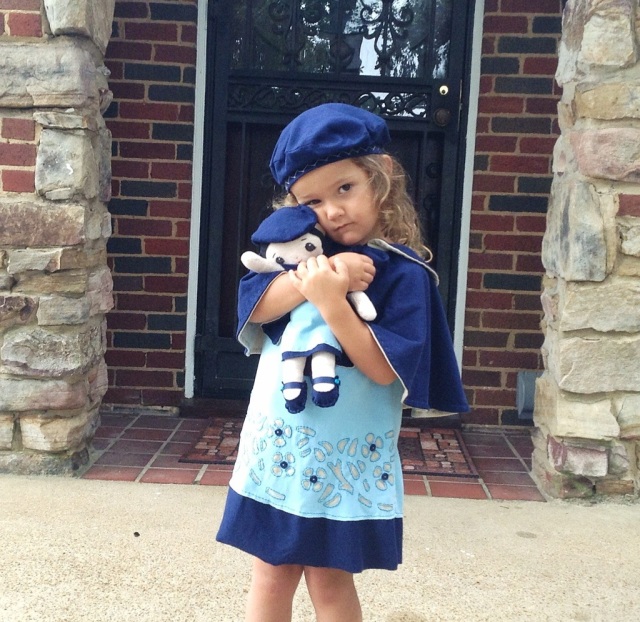 Yep, definitely having way too much fun.

7 thoughts on “Having way too much fun”