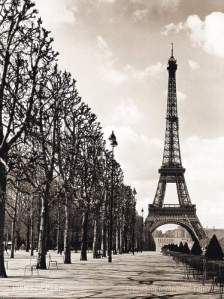 I had so much fun remembering the night my hubby proposed, that I thought I would share the story of how we met. But then I thought I would have to go back a little further and a then little further until I decided I might as well just start at the beginning of that year of adventures. It’ll be good blog fodder for those moments when I can’t think of anything to post except pictures of dolls.

I always laugh at the fact that I ever ended up studying in France for a year. I laugh about how sheltered I was, how inexperienced, how I didn’t know a lick of French and wasn’t actually interested in traveling or French at all. I went because my pastor’s daughter and another friend needed a third traveling companion and my pastor is a very persuasive man. In fact, the first my parents ever heard of the plan was when he approached them after church one Sunday with a big smile on his face and said, “I am so glad you are allowing Nicky to accompany my daughter to France this year!”
After much initial confusion, there were a few weeks of questions and discussion that left my head spinning. Then a friend offered to donate a plane ticket and it was suddenly a done deal. I was eighteen years old and bound for foreign ports.
It was actually a well thought out plan. We had missionary friends in the south of France who worked at a seminary in the little town of Aix-en-Provence, close to Marseilles. We could live very economically in the dormitory rooms of the seminary and walk the twenty minutes to our language institute, all the while practicing our fledgling French with other seminary students living in the dorms. It sounded straightforward enough.

I wasn’t sure how to pack for such an adventure. It was hard to know what to fit into two suitcases that would be enough for a whole year away from home. And figuring out a new wardrobe to take to France was downright intimidating. My closet at that time consisted of baggy jeans and old flannels, vestiges of the “grunge” movement that had dominated my high school years. I can’t remember exactly what I ended up buying except a vibrantly red fluffy coat that stood out alarmingly every morning on our walk to school amidst the chic black and grey pea coats of every other french person on the streets. I always felt, as I saw their sideways glances, that they were thinking how noisy Americans were, even in their clothing. But I am getting ahead of myself.

I distinctly remember that last morning at home, the drive to the airport with all of my sisters, while one of them played “There’s no place like home,” morosely on her harmonica. Thankfully my mother and my pastor’s wife were coming with us for a few weeks, so I wasn’t as terrified as I otherwise would have been. We boarded our plane with little difficulty, and settled in for the nine hour flight. Our first taste of European life came with the in flight movie. It was a movie I am afraid I will never forget, calledCousin Bette. Within the first five minutes, our mothers were gasping and trying to cover our eyes with their hands. It was 90 minutes of uncensored nudity, sex and more nudity. To a girl raised on a steady film diet of The Sound of Music and Polyanna, this was a little upsetting. We tried not to watch the screen directly in front of us, but it was a tough job. When it finally ended, our mothers sighed in relief and apologized to us as if it were their fault. An hour later, they played it again.
After a few failed attempts at sleeping, we landed in Amsterdam, our layover city. Here was another shock. This was no friendly American airport. It was dark and crowded and overrun by men in uniform, carrying semi-automatic weapons in their hands. We stayed close together, trying to find our next gate. When we finally found it, the next adventure began.
The lady taking our tickets informed us that my ticket was not for the 12 noon flight, but the midnight flight, 12 hours later. My ticket had been purchased separately from everyone else’s, and there had been a mix up with the AM and PM. My mother began to panic. She couldn’t leave me all alone in that frightening airport for 12 hours while they went ahead. She did everything she could to get me on their flight, but due to security reasons, they simply wouldn’t consider it. I watched them all board the plane without me, my mother in tears, and faced 12 very long hours alone.
I was exhausted and longed to find a corner to curl up and sleep in, but the lady at the ticket desk had told me to pay close attention as they would probably change my gate several times. I was also afraid someone would steal my things if I slept, so I wove my arms through the straps of my bags and dozed fitfully, waking with a start every time they made an announcement.
Midnight of that endless day finally came. They had indeed changed my gate a dozen times, but I managed to find the right number as they were boarding. When I saw the line of people preparing to board the plane, I felt like turning and running. Nearly every other person on the plane was a soldier in German uniform. They were evidently soldiers on leave or something, because they had a lot of steam to blow off. Smoking was allowed on the flight, and unlimited alcohol. That flight was an exhausted nightmare of hazy smoke, raucous, drunken laughter accompanied by loud German singing and countless offers from inebriated soldiers to buy me drinks.
Thankfully the flight was only a few hours long, and I was the first person lined up to leave when they opened the plane door, leaving the soldiers, who were still partying and wolf-whistling, behind me.
The first person I saw, anxious and white faced behind the gate, was my mother, standing next to our missionary friend. I don’t remember how I finally got myself and my luggage loaded up and into their car, and I only vaguely recall long avenues of dark trees lining the road as we wound through the countryside of my new home. I remember stumbling into a bed made up on the floor of someone’s bedroom and drifted off to sleep vaguely wondering what I had gotten myself into.
The next thing I saw was someone opening a pair of bright green shutters, welcoming a glorious morning in the south of France. A new year had begun.

4 thoughts on “The innocents abroad”