Well folks, I have been trying to branch out a bit from my horses and rabbits, and it has been an interesting journey.  For one, I simply haven’t been able to find any patterns that I like.  Well, that’s not exactly true.  There is a lot of adorable stuff going on in the world of felt right now- miniature felt animals, little collectibles etc.  But working with felt is a whole different game, and I am not wanting to get into it right now.  So I ordered a book (really a pdf file) of some cute little miniature animal patterns and thought I would do some experimenting.

There were two problems with the book.  The pattern sizes all needed to be adjusted because I don’t want to do miniatures and, well, all the instructions were in Japanese.

The first animal I attempted was a squirrel.  Woodland creatures seem to be very popular right now, so why not join the trend?  I found a nice rust colored, upcycled corduroy and got to work.  I did alright following the pictures, despite the Japanese instructions, but I failed to take into account the stretchiness of the fabric.  Once I started stuffing, I just couldn’t stop.  The little squirrel rear end got fatter and fatter until it was as round as a ball.  The boys thought it was hilarious, and so adopted the bottom half of my first attempt as a new ball game.  They call it tumble butt.

So then I tried it out in a nice, unstretchy,  charcoal- colored wool.  I like how this one turned out better, except every one in the family asked me if I was making a rat.  Turns out, squirrels and rats look a lot alike, except for the tails.  The tail made a big difference once it was on, but I think I should stick to brown colors the next time to avoid rodent confusion. 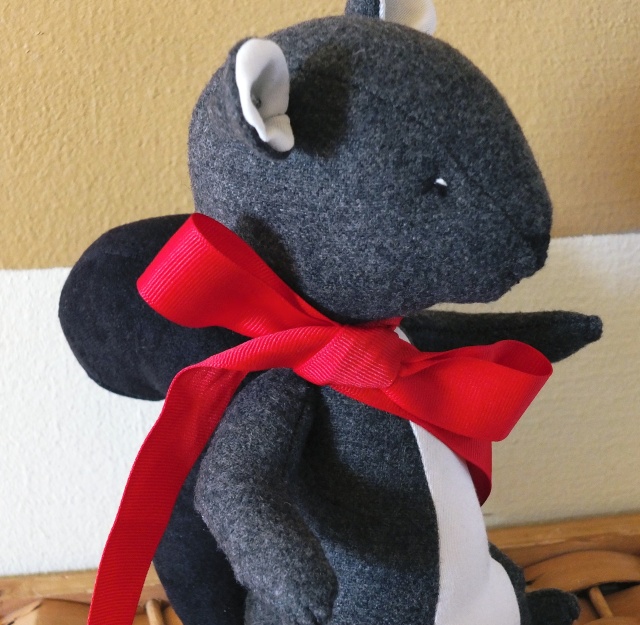 After he was done, I thought it would be good to try a little something more common, like a cat or a dog.    The cat pattern turned out to be a lot more difficult, or maybe I need to brush up on my Japanese, because I had to redo it several times.  I like the final product, but I feel like there is a lot of room for improvement.  These are definitely rough drafts. 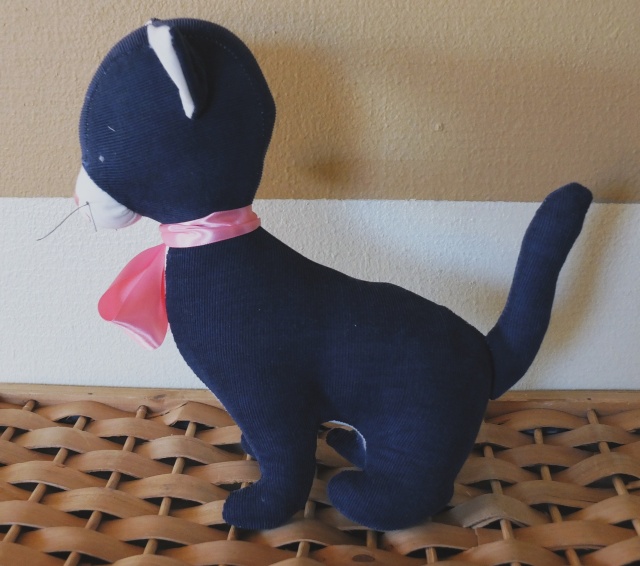 And last but not least, the puppy dog.  This pattern caused me a lot of grief, and my family much hilarity, because I couldn’t seem to adjust the head to the proper size.  It was absolutely too enormous for the little body.  I wish I had thought to take a picture of before and after shots.  I re-sized and re-sized it, and even now, I think it is too pointy.

What I would really like is a good book on developing your own patterns.  Any suggestions?  And any other feedback?  I am pondering over which direction my little shop should turn.  Thanks!

2 thoughts on “Puppies and kittens and squirrels, oh my!”