Naming a baby is one of the fun parts of having a child, at least most of the time. The naming of our boys was fun, yes, but also a bit arduous. Thanks to a family tradition of giving children two middle names, and preferring that each name sounded good in English as well as French, it was a struggle. (For instance, I always liked Henry, but wasn’t so much a fan of Ahn-ree)
And then getting all three names to have a nice rhythm when added to the last name always felt like a complicated puzzle. After coming up with twelve boy names, and having used up most of our male family names, we were scraping the bottom of the barrel if this baby had been a boy.
But a girl name! Wow, did we have a lot of girl names stored up! The problem now was whittling them down. But the name we kept coming back to was Caroline. Not only is it elegant and classic, but we thought it was a lovely way to honor my mother, Carol- a jewel among mothers and grandmothers.
I like to consider the meaning of a name as well, but I was looking up meanings for Caroline, there were two that kept cropping up- the Italian meaning “feminine form of Charles“, and the German meaning “manly one.” That put me off a bit. The meaning of a name isn’t necessarily a deal breaker for me, but Manly One?!!
But then I found the French meaning-   “Song of Joy.”    Why the same name can have so many meanings, I do not know. But we are sticking with the French on this one, because it’s perfect.
Then came the middle name. We decided on breaking with tradition for our daughter and going with just one.  I had always planned on using Marie. It’s my mom’s middle name as well as my own. But last year my sister decided to use that name for her daughter, and then a cousin used it for their daughter, and I started to feel like there were other names in the world that I wouldn’t mind using.  I liked the flow of Caroline Marie, so I tried to think of similar names.  I finally narrowed it down to Margaret, another classic and elegant name, but the hubby voted on French again.

So now we can’t wait to meet Caroline Marguerite.   The hubby would like everyone to call her Cah-roh-leen, with a nice throaty rolled R.  I am aware, however, that we live in the Southern United States, and will be content if she goes by Caro’lyn’.  (I may be calling her ‘Lina’ for short.)

So now that that secret is out, I want to show you what I have been making for ‘little Lina.’   With all this name business going on, I couldn’t help imagining a christening gown as well.  I made one when my oldest was born, but it was very simple. It was as un-girly as I could make a long white dress, and have used it for all four boys.  But it was time for a new and more feminine looking one, and I wanted to try something a la Alabama Chanin.

I started with a supersoft white jersey, but when I saw the same fabric in a lovely pale rose, I decided to line the white dress with it. 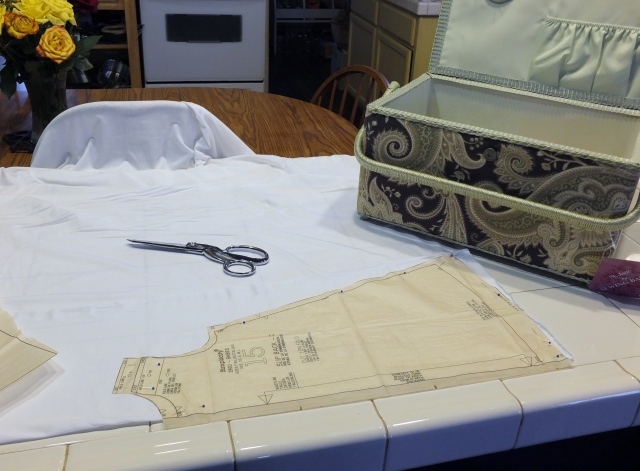 I used a very basic, sleeveless, a -line pattern, and did a little hand stitching around the neck and arms. 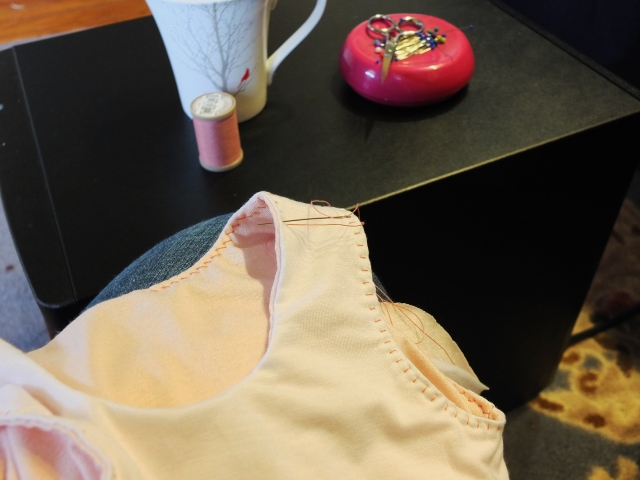 Next, I wanted to stencil it, but couldn’t decide what motif to use, until we chose her middle name.  Then it was decided- I designed and cut out a 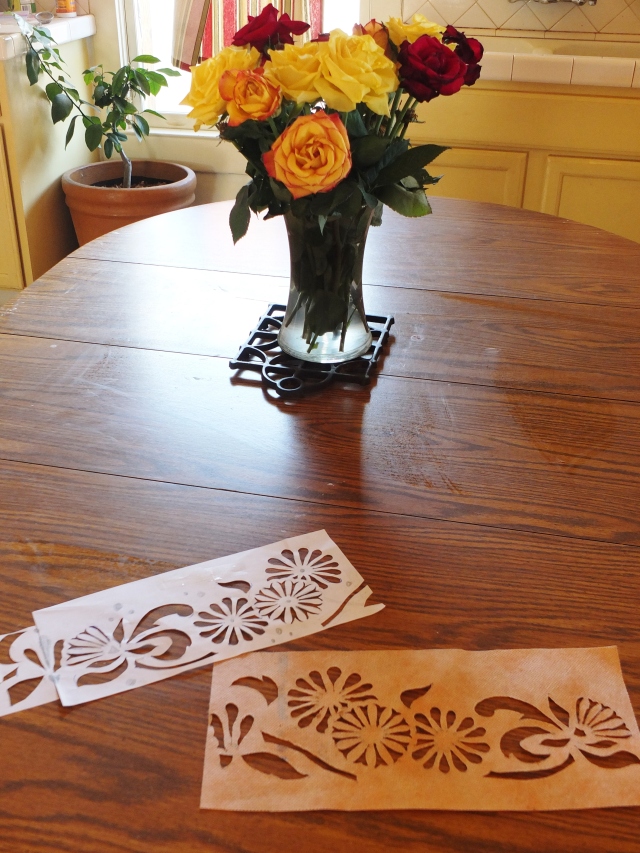 I traced it with disappearing ink all around the bottom edge of the dress.

Then it was lots of outline stitching for a while.

I decided to pull out all the stops on this one, and added little pink buttons and lots of beaded accents, so it has a nice weight to the bottom.

When it is held up to the light, it looks much more pink. 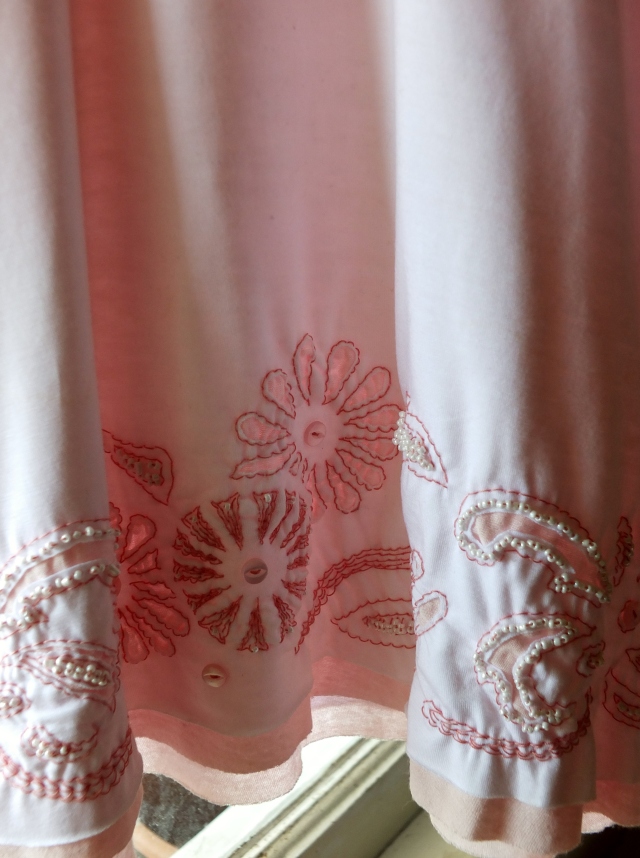 At the end, I thought it needed a little something else, so I added a simple satin sash.

And a little, pale pink sweater, just in case. 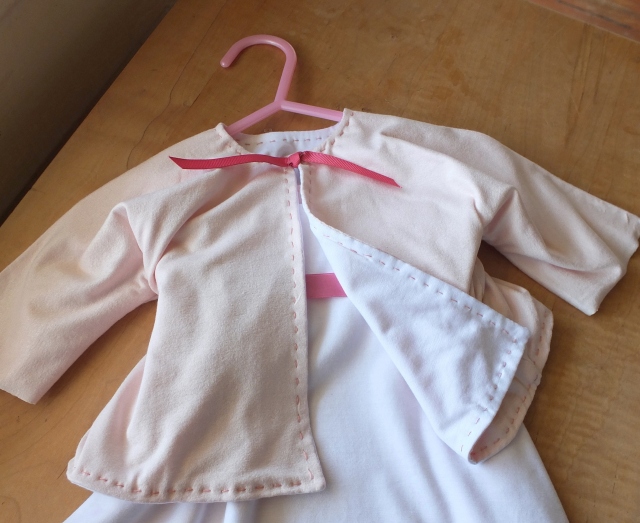 So there it is.  It was so fun, it makes me want to start dress making on my shop again.  I have made a lot of little girl clothes over the years, but never one that has brought me so much joy.  A true labor of love!

9 thoughts on “A labor of love”