One of the things I love about cooking is the enormous amount of variation that can be found in even the simplest of recipes.
For example, take the humble pancake. Flour, leavening, eggs and milk combined into a thin batter and poured on a hot griddle. What could be simpler? And yet I doubt I have ever gone to a restaurant or breakfasted at someone else’s home without encountering a new variation on the theme.
I grew up on Bisquick pancakes. Everything was ready to go in a box except the milk, so pancakes were one of the earliest things I learned to make. Bisquick pancakes tended to be very fluffy, big, and slightly dry, which wasn’t a problem since we always drowned our cakes in Mrs. Butterworth’s syrup. Come to think of it, I don’t know if they sell Mrs. Butterworth’s down south. The syrup bottle was shaped like a woman in an apron. Do they still sell it like that?

Sometimes, if dad were in the right mood, we would break tradition with Bisquick, and he would make ‘silver dollar’ pancakes. I don’t think the batter was anything special, but it was very thin, and he would make piles and piles of little tiny pancakes, and we girls would see who could eat the most.
On the opposite end of the spectrum, my best friend used to invite me to stay with her at her grandparents house for a few days every summer, and they would take us to the Weyerhauser mansion for breakfast. There, my scrawny, nine-year-old self would order the “Lumberjack Breakfast”. In addition to bacon, sausage, eggs and hash browns, it came with a stack of pancakes big enough to cover an entire plate, and an ice cream scoop of butter on top. Not surprisingly, I never finished it.
I also remember a few times when one of my uncles would come over on Saturday mornings and make us buckwheat pancakes, just like his mom used to make them. Oh, those heavy, wheaty flapjacks were a trial for our picky, white flour palates, but we tried our best to muscle them down, so as not to offend him.
And speaking of uncles and pancakes, every year at our family reunion, another of my uncles would make fabulous blueberry pancakes, using a closely guarded secret recipe. There were rumors that there was vodka in the batter, but I never found out for sure.
There are the round Aebleskivers my Danish cousin taught me to make, and “skinny pancakes” that a junior high friend introduced me to. I later found out they were really called crepes.
Then there is the dutch baby, the german pancake, or as we call it, the puff pancake, because it rises to such heights in the oven before it collapses.

I think I’ve made my point.

The pancake recipe I am going to share today is different than all of the above, since it’s main ingredient is sour cream. I got this recipe from The Pioneer Woman’s blog, but I have altered it some to suit our needs. I was reticent to try this recipe for a long time because I couldn’t imagine a pancake with so much sour cream could look or taste like a pancake. But once I finally did, it became our family favorite. Oh, and it’s super simple. So here we go.

Here’s what you need-

Crack four eggs into a bowl. 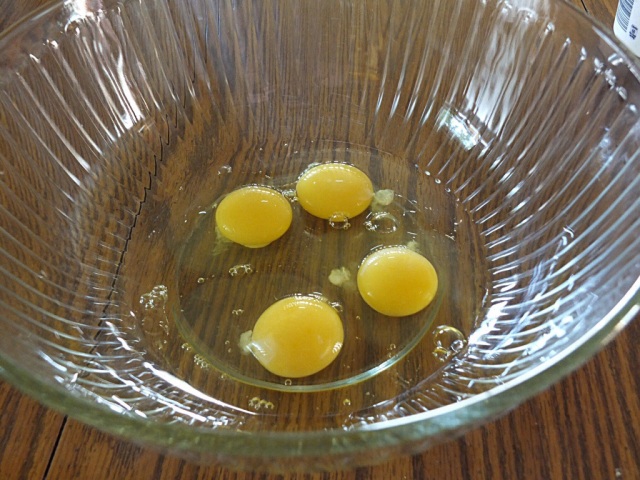 Then just dump in the whole 1 lb container of sour cream, along with a good splash of vanilla extract. 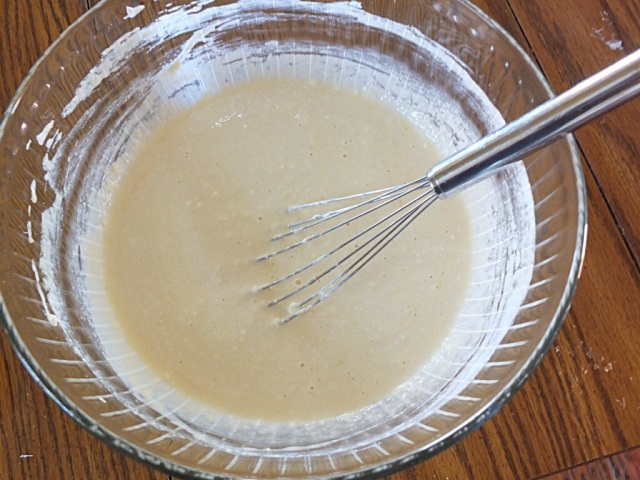 Then just stir in
2 cups of flour
and
2 tsp baking soda.

It’s going to be lumpy, and that is good. “Leave it lumpy” was the first law of pancake making, according to my mother. 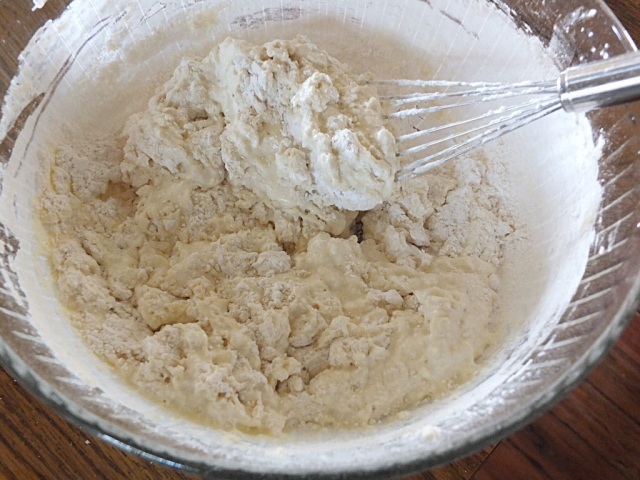 Now because I altered the original recipe, I sometimes find that the batter is too thick, so I thin it down with a little milk or buttermilk until it is the desired consistency.

Then just find your favorite griddle or skillet. I use my Cuisinart Griddler. Even thought it is non stick, I always use plenty of butter. 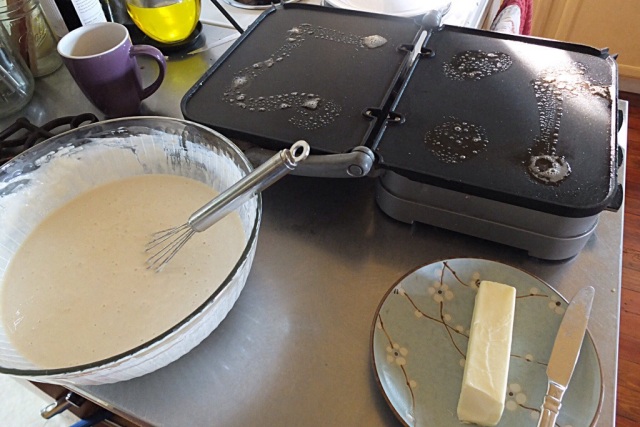 Cook them like any other pancake, letting them get bubbly on the edges before you flip them.

And there you are! We’ve graduated from Mrs. Butterworth’s to real maple syrup around here, so that’s how we serve them, but jam is very nice too. 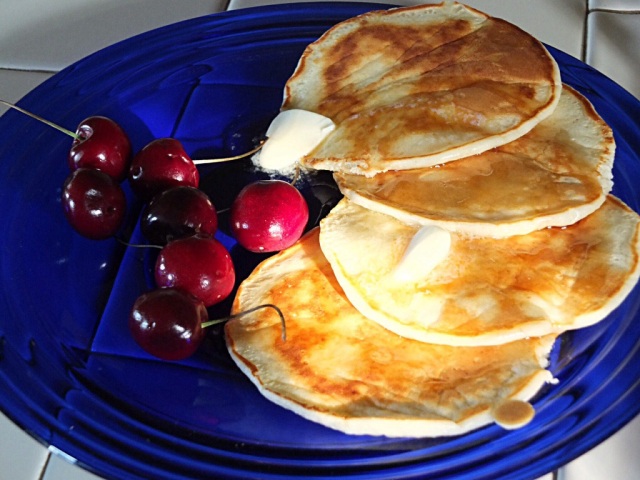