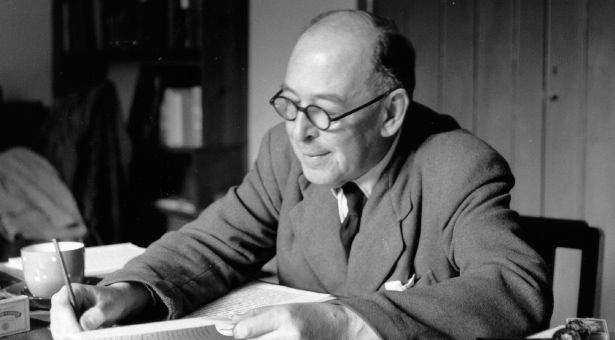 When I was in high school, I was required to write a lot of essays. We were given a topic to address, and then had to come up with some sort of thesis, supported by well reasoned arguments and then sum it all up neatly in a sentence or two. I was never very good at it. I have always loved to write, but my writing has always tended towards the long and meandering story, not the succinct and informative essay. So I struggled along for a while, getting C’s and B’s, until I stumbled upon a book on my dad’s book shelf entitled ‘The Quotable Lewis’.
It was simply an index of memorable quotes of C.S. Lewis, arranged by topic alphabetically. If you wanted to know what Lewis thought about something, you just looked it up. More often than not, there would be a clear, concise statement on the topic, written in his inimitable style. I started using quotes by Lewis to help jumpstart my essays, and they helped me focus my thoughts. At first I was worried that it might be a kind of cheating, but my teacher didn’t seem to mind, and my grades started to go up. I kept at it.

I stole the book from dad when I went to college and used it there occasionally as well. I did finally return the book, once I discovered that Google could do the same thing for me, but I still often find myself asking, “What would Lewis think?” when perplexed by certain issues.

For instance, I’ve been thinking a lot about success lately. What it looks like for a Christian, what a Christian should be succeeding at, and how it is measured. I go through occasional periods of discontent with my house-wifely lot and even sometimes feel wildly ambitious. Sometimes I dream of writing a best selling book (or creating an award winning blog : ). At others, I want to get back to my music and to the concert stage, make recordings and devote myself to singing. And sometimes, my sights are set a little lower- making my little business a success. All of these ambitions have, at their core, a desire to glorify God with my gifts, and of course, make a little money.

But most days, I see my life as it really is. I’m a stay at home mom of five, struggling to keep up with housework and homeschool, trying to be a help to the hard working husband who fights to put bread on our table. Shouldn’t I be trying to succeed in this arena, above all others? And what does that even look like? My children aren’t geniuses, my house is a mess, and we certainly aren’t wealthy. I so often feel I am failing, and find myself calling out to God- “Prosper the work of our hands, Lord!” I often ask him what I am doing wrong that is getting in the way of my success.

In wrestling with these questions, I remembered my old habit, and decided to google ‘C.S. Lewis on success’. I was unprepared for the first link I found. It was a quote from one of his letters and it simply read,

“It is not your business to succeed, but to do right. When you have done so, the rest lies with God.”

This was astounding to me, and raised more questions than it answered. It’s not my business to succeed? After thinking a while, I took it to mean, not that success was bad, but that it is not a goal in itself. After all, C.S. Lewis was very successful in his lifetime. It was a liberating thought, and a terrifying one. I can leave all in God’s hands, (blessed thought) but at the same time, I must relinquish all perceived control over my future, and that of my children. ( a seemingly impossible thought)
And then to cap it all, he says instead of worrying about succeeding, I must simply do right.
But what did he mean by right?
I’m a good enough Presbyterian to know that nothing I can do is right, but I also know the Bible also requires me to do right.
And what does it mean to do ‘right’ when the baby won’t stop crying, or when the sky won’t stop raining? When the dentist finds four cavities and the car won’t start in the morning? Or when you have a choice between two good things, and either one might be life altering? I was going round and round in circles over these and other questions until my hubby gently suggested that I was overthinking the whole thing. I took a deep breath and decided to search a little more. Then I found this, also from his letters.-

“Remember, He is the artist and you are only the picture. You can’t see the picture, so quietly submit to being painted.
This means keep fulfilling all the obvious duties of your station, (You really know quite well what they are!) asking forgiveness for each failure and then leaving it alone.
You are in the right way. Walk in it- don’t keep looking at it.”

So then, Lord.
Let me submit quietly, and patiently to being painted. Let me not be always trying to look over your shoulder to see what is coming next, or how well I will ‘succeed’. And let me not say, like my three year old being told to have patience,
“Okay. I will wait. But I’m still gonna hafta cry about it.”