I’m going to pretend that I have made all the necessary excuses for my long blogging absence, and just dive right back in here. Or at least put my toe in. Life’s a little unpredictable these days.
It’s been forever since I have posted a recipe, which I blame mostly on the fact that I haven’t been cooking much lately. People have been bringing us meals, and we’ve been eating a lot of sandwiches, but I could no longer ignore the produce that seems to be bursting out of my garden this year, so it’s back to the kitchen I go.
Gardening is a funny thing. Last year I spent hours upon hours nurturing my garden, only to have it all rot in the excess rain. This year, too pregnant to care much, I haphazardly threw some tomato, pepper, corn and squash starts into the ground, and I am getting a bumper crop- especially tomatoes. Go figure.
So what to do?
One of my favorite ways to eat fresh tomatoes is in a caprese salad- you know, tomatoes, fresh mozzarella and basil with a splash of balsamic vinegar? Well, this super easy recipe just takes that idea one step further. It’s a bread salad, and makes for a very light, satisfying dinner. It’s also a great way to use up any leftover crusty bread you may have lying around. Here’s what you need.

And for the dressing

The only cooking involved here is making the croutons. But I warn you, once you start making homemade croutons, it’s hard to go back to the store bought ones in a box. I happened to have this chunk of wonderful sourdough staling on my countertop, but most french style breads will work. Just cut it up into rough cubes. I like mine on the big side. 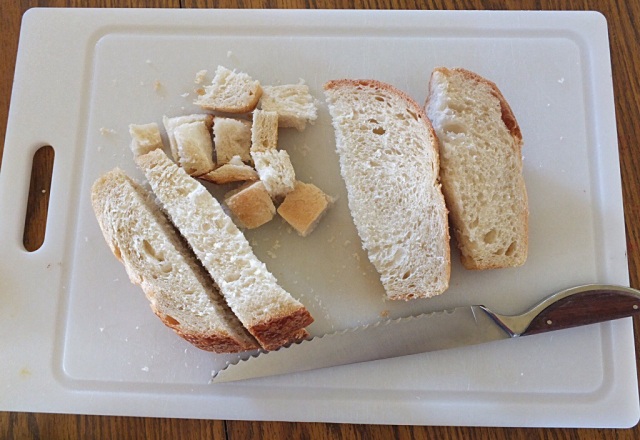 Then throw them in a pan and liberally drizzle olive oil over them. 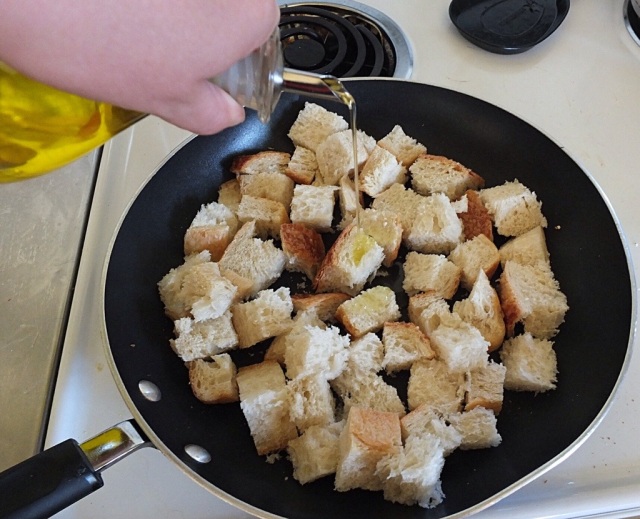 Also a generous sprinkling of salt. 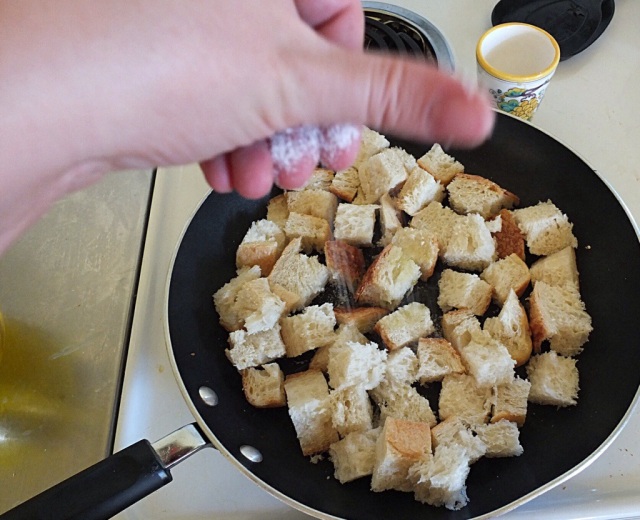 Turn the stove on to medium high, and shake the pan occasionally to toast them evenly. Let them get nicely golden brown and crispy on the outside, but still a little soft on the inside. Remove them from the heat. 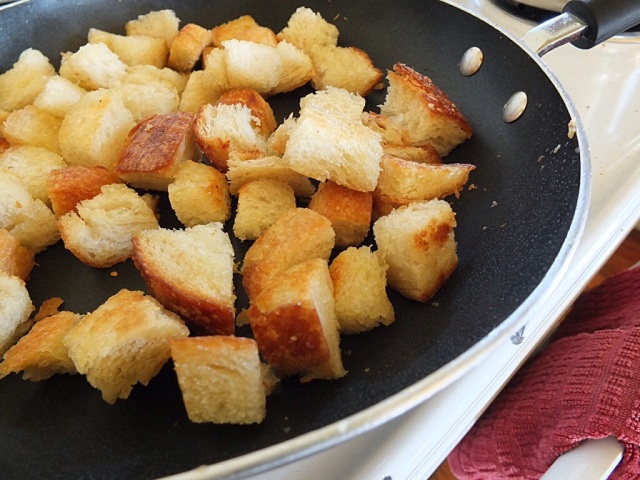 Now just dice up the tomatoes and the fresh mozzarella. 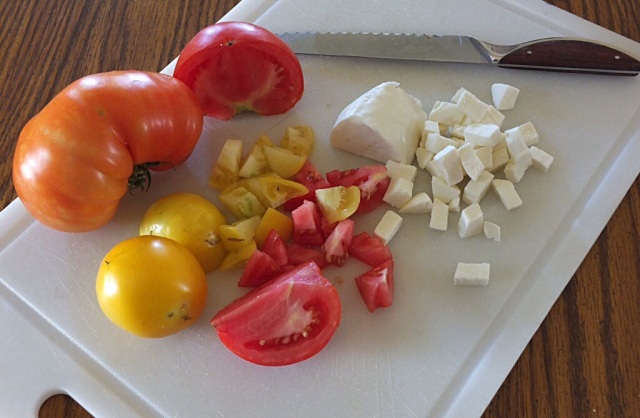 Then slice up a few basil leaves, which I do by stacking them, rolling them up tightly and slicing thinly. This is called a chiffonade, I think.

Put the bread in the bowl, followed by the cheese, basil and tomatoes. Or the other way around. It doesn’t matter.

A good dousing of olive oil is called for here, and a tablespoon or two of balsamic vinegar. 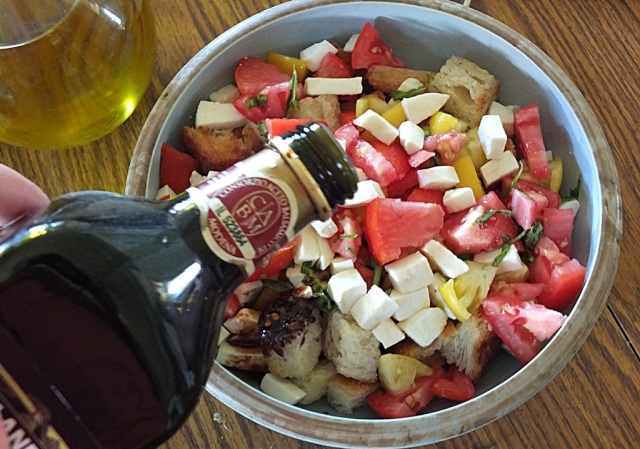 Toss it with a little salt and pepper and garnish it with a sprig more of basil if you have it.

And that’s it. A great way to make a dent in your pile of tomatoes, if you have one. We have also served this with leftover sliced chicken or beef for a heartier meal. Quite delish. But serve it quickly or the croutons will be soggy. Enjoy!